Views From The Front Line 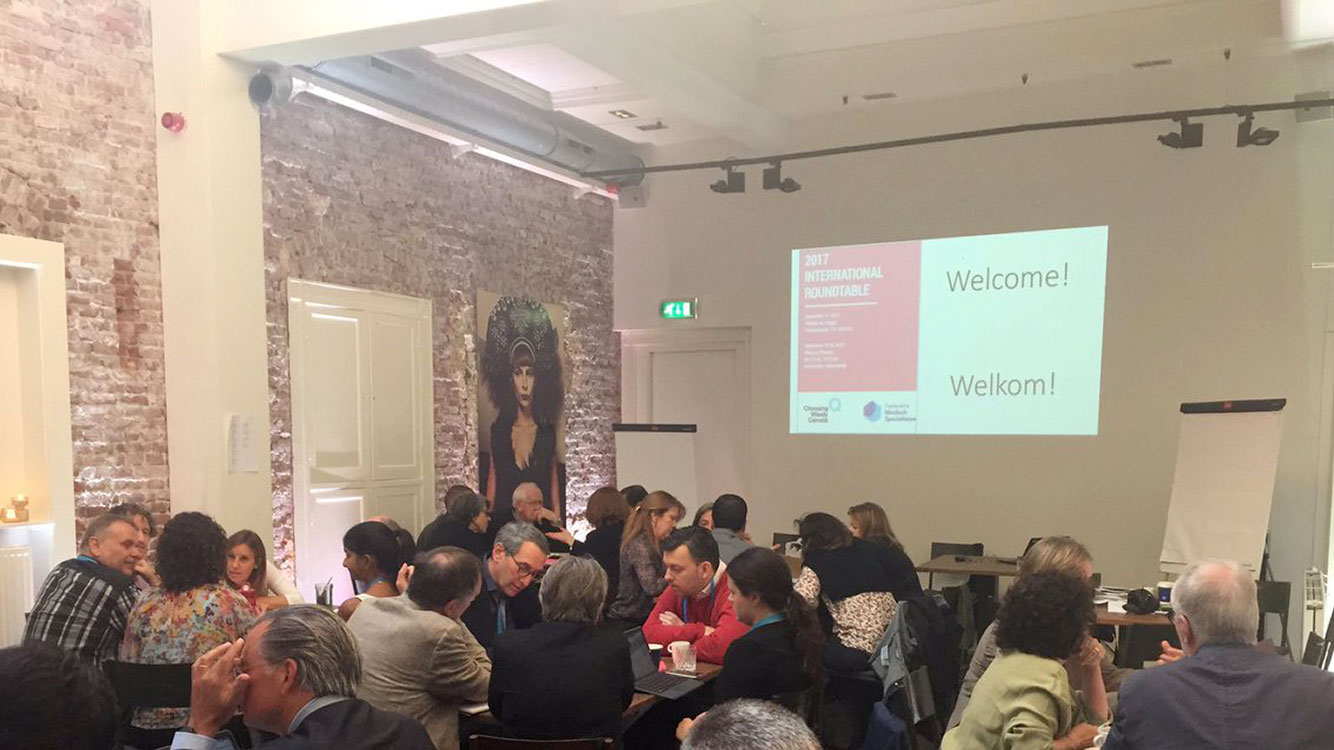 In September 2017, Joan Reid and I took part in the Choosing Wisely International Roundtable, which brought together 20 countries involved in the Choosing Wisely initiative. We were joined by representatives from the World Health Organisation, World Bank, Cochrane and the Organisation for Economic Co-operation and Development. It gave all of us an opportunity to share experiences, ideas, successes and indeed challenges!

Choosing Wisely originated in the USA in 2012, with the UK initiative launching late last year making this roundtable poignant as our first as an official member of Choosing Wisely International.  The UK presence at the international roundtable was evident with Angela Coulter leading workshops on public and patient involvement and Richard Lehman speaking on the concept of a shared understanding of medicine as well representing Cochrane. Mary Dixon-Woods provided a keynote plenary, inspiring the international community to spend time ‘phenotyping’ the healthcare problem when identifying an implementation strategy, which is pertinent as the UK initiative begins to consider its next steps.

Following in the footsteps of previous initiatives, the UK programme works closely with medical specialty organisations, medical royal colleges and faculties from across the UK to identify areas of practice that need improved patient-centred conversations. Where perhaps the UK initiative can really stand out is its early emphasis on shared decision making as a central tenet – a theme that was prominent at the international roundtable.

What came over loud and clear is that the challenges facing Choosing Wisely are universal; the same issues were cited whether in Canada, South America, Australia or Italy – patient and public involvement, educating medical professionals to deliver compassionate conversations, evaluation of the subtle esoterics of a patient-centred conversations and keeping the lines of communication open so the international community can share and collaborate moving forward. To this end, specific work streams have been identified for Choosing Wisely International enabling a closer working relationship between the international partners. At the roundtable, we heard inspiring solutions to these age-old challenges such as US Consumer Reports identifying patient champions, Choosing Wisely Canada’s programme to involve medical students as stewards of value-based care and Choosing Wisely Australia’s #itsoktoask campaign.

It must be said, there was a great sense of camaraderie as advocates and enthusiasts of this transformative initiative came together in an open forum. There was an underpinning appreciation that by working together, with the more mature initiative supporting those who come along later, Choosing Wisely International will grow from strength to strength. It’s clear that all projects wherever they are in the world, are providing a clarion call to patients and professionals to find a voice and stand strong for ethical and value-based care. I hope this call will be heeded and encourage those who find resonance with Choosing Wisely to step forward and get involved – in the words of the Chair of Choosing Wisely UK, Professor Dame Sue Bailey, ‘together we can’.